In addition to the Ampelos Press titles I’ve edited and published, below are some of the other 30 plus books I’ve edited. For a complete list click here and then “Marlene Edited.” 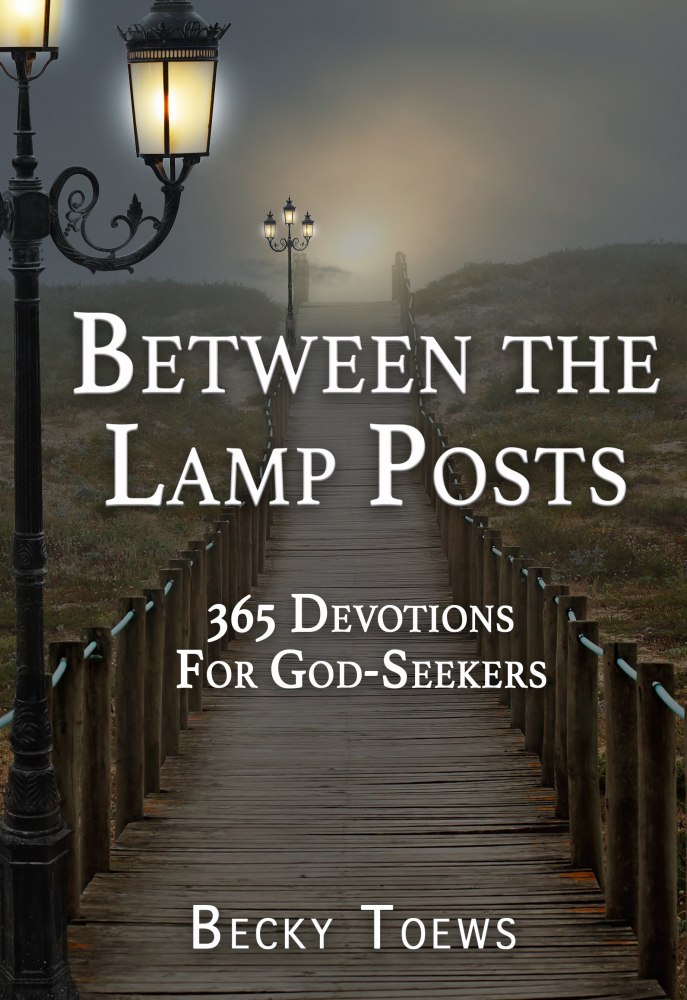 Between the Lamp Posts
365 Devotions for God-Seekers
Becky Toews

Looking to Add Substance to Your Daily Bread?

You know the need for a regular devotional life. But you're busy. You want something to intensify the light of Scripture that lasts through the day. Something that adds substance to your daily bread. Between the Lamp Posts will give you relevant, contemporary insight to enrich your walk with Go. Illustrations from everyday life will help you apply the Scripture in practical ways. You'll find how principles of faith can be found in Screamo concerts, Bonsai trees, and Swiss chocolate bars, And how titles like "Stubbornness of Hope," "What Do You Do with Doubt?" and "Not Your Typical Messiah" illuminate your steps. The 365 devotions will stretch your thoughts, stir your passion and challenge you to go the next mile.

A Faith-Based Journey to Healing

With sensitivity and compassion Sue Cameron encourages women who have been sexually abused to seek the healing only Jesus can give. You won't find pat answers or easy answers, but you will find God's answer as Sue shows you how to apply the truth of Scripture to your life. This book will change your life! It is must reading for anyone who has been abused and for their spouse and friends who want to help but often don't know how. 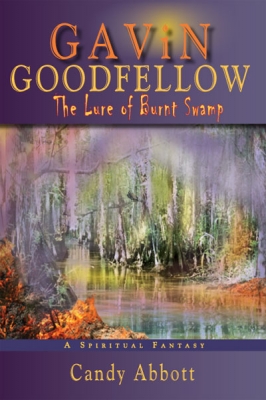 What do twelve-year-old dyslexic Gavin Goodfellow, strange old prophetically-inclined Uncle Warney, newly relocated mother-daughter witches from London, and a pimply-faced New Age guru have in common? Burnt Swamp - where flames from mysterious underground fires have been smoldering for ten years. The battle is on for dominion of the swamp and possession of an ancient diary that holds clues to either release or destroy the evil that dwells beneath the surface. Will Gavin respond to the Holy Spirit and embrace his God-given calling? Or will Bea Daark and her mother unleash forces that lure Gavin and the sleepy town of Ashboro into bondage?

Page-turning fiction that will inspire and challenge readers ages 11 and up. I can attest that, as the jacket says, this really is a book "for the kid in all of us" as well as a powerful alternative to Harry Potter.

Available through the author at www.fruitbearer.com 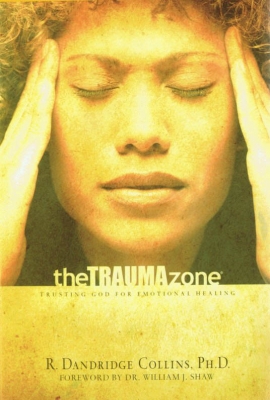 Emotional trauma is tricky and powerful. Just when you think you have loosed yourself from its grip, trauma pulls you back and laughs in your face . . . Do NOT despair. God's ability to heal is stronger than trauma's ability to wound. Minister and psychologist, Dr. Dan, writes as one survivor to another and provides biblical counsel to help us get unstuck and move toward healing.

Available through the author at thetraumazone@comcast.net 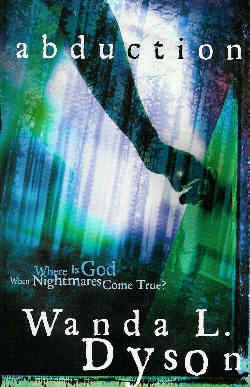 Available through the author at www.wandadyson.com 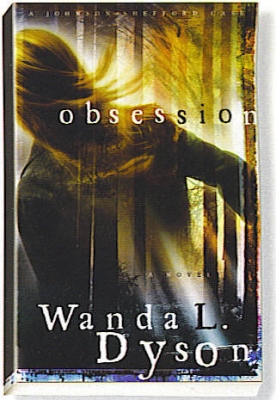 When beautiful coeds begin disappearing, Zoe Shefford and Josiah Johnson must work together again--on a case threatening to expose J.J's own painful secrets.

Available through the author at www.wandadyson.com

The Lost Legend of the First Christmas
J.L. Hardesty Lauter

A story of faith, hope and love that carries us aboard God's beloved horse to the birth of His Son, and then in Book 2, Escape Into Egypt, and Book 3, Dawn Across the Mountains, through the life and times of Jesus Christ. This fictional odyssey overflows with the most important and basic of all truths. It is a story about perseverance, a message from God that He is always with us and that we never need to give up, never have to lose heart. It is a story of overcoming, of surviving the deepest sorrows to emerge with faith, strength and determination. 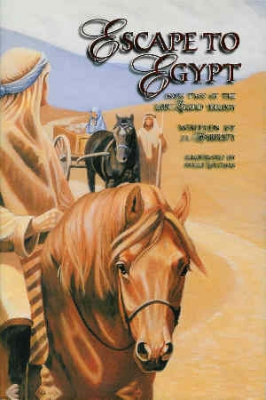 Have you ever wondered what Jesus might have been like as a boy? Did He romp and play with other children? Did He cry when He got hurt and laugh when His father playfully tossed Him in the air? Did He know, even as youngster, the special mission that was His and His alone?
In Book Two of the  Legend that has been handed down from generation to generation, you'll meet the Boy, Jesus, and the extraordinary stallion, Zabbai.

Dawn Across the Mountains
J.L. Hardesty

Book 3 of The Lost Legend Trilogy

It is ten years after Michael’s parting with Jesus. A vast sea of horses grazes the grassy steppes between Mount Hermon and Mount Lebanon. Michael is now the leader of his mother’s people and is acclaimed as the greatest horseman of his time. He is married to Adrianna and with her has three children, Junias, 5, Matthias, 4, and Veronica, 3. While teaching Roman infantrymen to ride and interact with horses so that they can join the cavalry, Michael incurs the wrath of one soldier who can’t grasp his techniques. When Michael catches this man taking out his anger on a horse, nearly killing the animal, the horseman loses control and beats the man almost to death.

Five years later, Michael and his beloved Brother are reunited for the first time since their long ago parting when Jesus arrives at the horseman’s camp to warn Michael that he, his family and their people are in grave danger. The soldier of the past altercation has risen in rank and sworn to take revenge. Jesus urges Michael to escape once more to Egypt out of the man’s jurisdiction.

Thus begins the final installment of the Trilogy that reveals two great truths. The first and most essential: God’s love is stronger than death. The second: the horse is one of God’s great gifts to humankind, a beautiful symbol and vehicle of the liberty bestowed on us by our loving Creator. 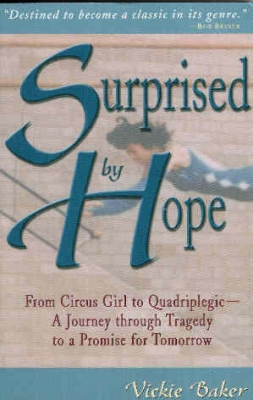 A powerful testimony of the difference Jesus made in Vickie's life. 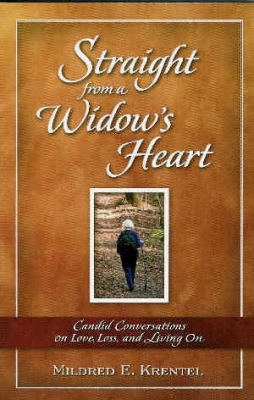 Candid conversation from one who has walked the path of loneliness that accompanies the prolonged illness and death of a loved one and has come out on the other side into a renewed sense of purpose and love of life. 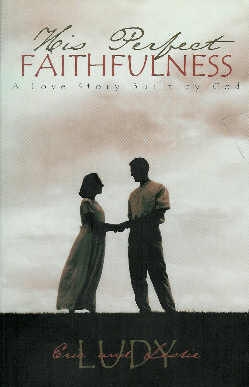 His Perfect Faithfulness
A Love Story Built by God

Poignant, humorous, real . . . Eric and Leslie share from their heart how God brought them together in His perfect way and time.

NOTE: The material in this book has now been incorporated into new titles available at www.ericandleslie.com.

"God loves romance!" the authors affirm. "He not only invented it, but He has a purpose for it in your life!"

NOTE: The material in this book has now been incorporated into new titles available at www.ericandleslie.com 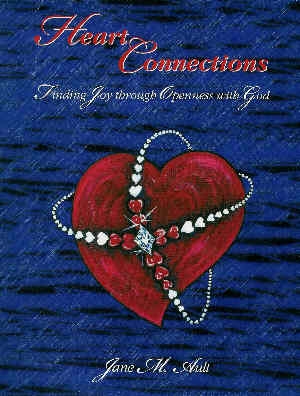 A book that will encourage you to connect more deeply with the Lord.

Available through the author. 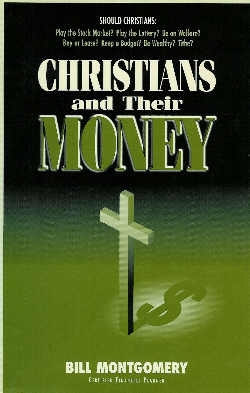 Christians and Their Money
Bill Montgomery

An immensely helpful book written by a Certified Financial Planner. "Should God be in our financial plans?" the author asks. And then, answering his own question, he says, "I believe God is practical and wants us to be practical in every area of our lives, including our money." This book will show you how!